The echo of cymbals, the jingle of bells, the sound of music, are the rhythms of joy in this dancer’s world… 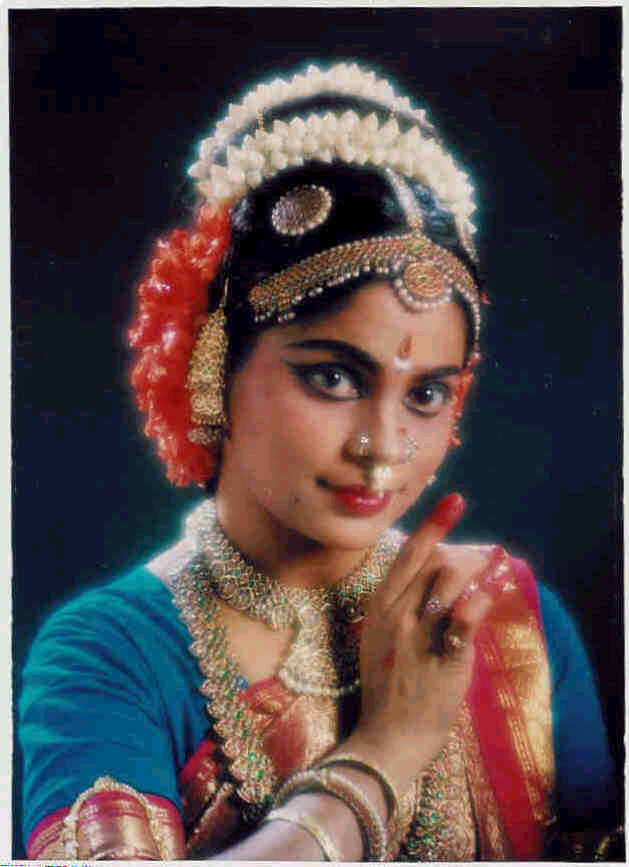 Ms. Sandhya Sree has inherited the interest in performing arts from her guide & mentor, her mother, Smt. Indira Devi.   An award-winning performer, choreographer and teacher, Ms. Sandhya Sree Athmakuri, is an exponent of two leading dance traditions of South India, Bharata Natyam and Kuchipudi, having trained, in all authenticity, under eminent Gurus in India.

In BharataNatyam, Sandhya belongs to the renowned Vazhuvoor school, having trained under eminent Gurus of the Vazhuvoor Ramaiah Pillai lineage, Kum. Padma and ‘Kalaimamani’ Swamimalai Rajarathnam Pillai.  She also learnt briefly under Guru Bangalore B. Bhanumathi.

Smt. Sandhya Sree is the founder and director of “Natya Dharmi” foundation for performing arts, and resides in Rochester Hills, MI, where she shares her skills with artistes in various fields and also trains aspirants in the field of Dance.

Through her school, the artistes have to their credit a number of productions like Kumara Sambhavam, Avishkarana, Natya Ragam, Chandalika, Sri Krishna Parijatham, Rithu Raagam, Kuchipudi Natya Saurabham at Chicago Tyagaraja Utsavam, that have won acclaim from discerning critics.   Sandhya’s students have achieved awards in the prestigious Cleveland Tyagaraja Aradhana dance competitions.

Since the year 2006- current, Sandhya has lead about 35 dance aspirants to perform their Arangetrams/Rangapravesams, successfully.

The school humbly acknowledges the various ‘outstanding achievement awards’ that were bestowed upon the director and students, by the various organizations in the U.S.